Transitioning from G2 to G3 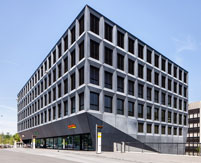 The company is a huge global conglomerate largely identified in the consumer-products and pet-products space, employing thousands globally. It is owned and overseen by the family, and beginning to transition its leadership from Generation 2 to Generation 3. G2 was three siblings that were retirement minded, though struggling to establish an appropriate balance of power among their three families – the undertone being that no one family would have more power in the company than the others. G2 agreed to retire from the company in two-to-three years, which was a time frame they believed sufficient for transition. The board included the G2 siblings and 4-5 other directors that had played key roles in (or with) the company at various times in its history.

Two of the three G2 families had three children, and the third family had two. Some of the G3 cousins were involved in the business and others were not. A few of those involved in the company had leadership roles and the others had staff roles. There was one G3 cousin that was very aggressive about the company, and this is whom the others were hoping to keep from becoming too powerful.

Recognizing the complexity of the challenge G2 reached out for help and impartiality.

As a family business the board had few, if any, governance rules they had to follow. The board had the freedom to be as creative in their governance as they wanted to be, but G2 struggled to think beyond traditional board roles.

The transition from G2 to G3 in the family business is a particularly turbulent transition, because the founder (G1) is likely not around and the G3 members likely don’t have the same shared values that G2 often has – having been raised together in one household.

We spent some time with family members in both G2 and G3, as well as the non-family members of the board, to understand whether they remained committed to the company being family-owned and governed. We were assured of the importance of the family legacy in the business as well as the various sensitivities so we could propose a workable solution.

We proposed that the cousins in G3 rotate the chair of the board position every 3-5 years (exact number of years to be agreed among the G2 and G3 family members). Consider there are three families with two or three cousins in each family. To simplify this discussion, let’s call them 1.1-1.3, 2.1-2.3, and 3.1-3.2 (see chart).

The proposed plan respects the wishes of G3 to continue their leadership in the company. It provides for each G3 cousin to get a deep background on the company, lead strategic projects and present to the board before becoming chair of the board. As each G3 chair of the board completes their term and becomes “emeritus” they are able to coach their cousin through the difficulties of being the board chair. Each of the three families have representation on the board and in significant strategic roles at any point in time.

There will be challenges with this or any other scenario for balancing power over the company among three families. The difficulties will have to be worked out within the family and with consultation and guidance from outside board members. If this proposal doesn’t work, the families and the board can consider alternatives. Hopefully, this proposal breaks the board out of thinking about traditional board succession and encourages them to be creative in problem solving.

The transition from G2 to G3 is the first real test for a family company because the ownership/leadership transition can get emotional and complicated. That said, the success of this transition could set the company up for successful transitions in following generations. As the generations get larger this particular model likely won’t work, but the creativity used here applied to future transitions could mean the difference between success and failure.

G2 had other options to consider: (1) maintaining ownership and hiring a professional board, or (2) selling the company. G3 showed interest in ownership and leadership, and we wish the company continued success.